Democracy of late has taken some hard hits around the world with the “Populist” movement gaining support in the last decade, but yesterday brought a couple of signs of hope.  In France, President Emmanuel Macron retained his seat against the populist Marine LePen in a vote of 58.5% to 41.5% … a far wider margin than had been projected earlier in the week!  Neoconservative writer Bill Kristol wrote about the French election results and why it is a good sign not only for France, but also for other democracies including the U.S.

How do you say “Whew!” en Francais? Google tells me “Ouf!”

French President Emmanuel Macron has won re-election over Marine Le Pen with about 58 percent of the vote to Le Pen’s 42 percent. This is down from his 66 to 34 victory of five years ago. But it’s still a pretty resounding result for a guy who had the burden of having had to govern for five tough years—which included a pandemic, breakdowns in law and order, and inflation. At one point the polls showed Le Pen closer, but when faced with the binary choice, the French gave Macron a convincing win.

Which is good. Good for France. Good for NATO. Good for Ukraine. Good for the United States. And good for liberal democracy.

The French election results came in on the heels of a New York Times report informing us that in America, “Democratic Fatalism Intensifies.” That phrase refers to Democratic party fatalism, but given the character of today’s Republican party, one could read it as also suggesting a certain fatalism about the fight to defend liberal democracy here at home.

A great Frenchman, Alexis de Tocqueville, reminds us in Democracy in America that fatalism is a particular temptation in modern democracies, and a deadly one. Deadly to freedom, that is. Perhaps the people of France have just done their bit to awaken us from fatalist torpor and to remind us that we, too, can make our own choices and shape our own future.

And not for the first time. The Statue of Liberty was of course a gift from the people of France to the people of the United States. It was dedicated on October 28, 1886. This was near the height of the abandonment of Reconstruction in the South, and just six years after the passage of the Chinese Exclusion Act, which prohibited the immigration of Chinese to the United States.

The Statue of Liberty was neither designed, nor presumably unveiled, with either of these directly in mind. Just as the French people weren’t thinking of the United States when they voted today.

But the Statue may have had some effect in helping check racism and nativism in the following years. And perhaps today’s vote in France can serve as something of an example for the people of the United States.

Of course, gifts are what one makes of them. If we read about the French election results, exclaim, “Ouf!,” and relapse into fatalism, then we will drift on to an unhappy November.

But we could also look across the ocean, feel some national pride, and resolve not to let the French—whose democratic revolution after all came after ours and had a less happy outcome than ours—outdo us in upholding freedom and democracy in the twenty-first century.

Meanwhile, I doff my baseball cap to our beret-wearing cousins across the ocean, and say, Vive la France!

I often disagree with Mr. Kristol on policy specifics, but I respect him and as he has shown with this piece, he is pro-democracy, unlike so many conservatives these days!

In other positive news regarding democracy and elections … in Slovenia yesterday, political newcomer liberal Robert Golob defeated Slovenia’s three-time prime minister, populist conservative Janez Janša, in elections in a country split by bitter political divisions over the rule of law.  Voter turnout was nearly 20% higher than in the last elections in that country, which might be taken as a good sign that people are tiring of the populist movement and the candidates affiliated with it and that they are seeing the role they must play if they wish to maintain their freedoms.  Let us hope, anyway.

And just because I found this one actually funny … 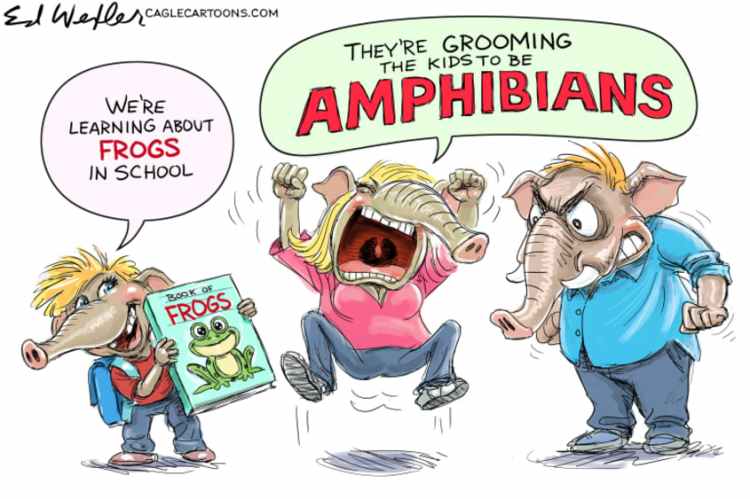