I needed to step away from the politics of the day for just a few moments, and had just about decided to skip doing a morning post today, but as I scrolled through the 400+ emails awaiting some disposition, I came across one from World Central Kitchen.  You all remember them … the organization started and led by renowned Chef José Andrés.  I thought that maybe you guys could use a break from the angst of the moment, too, so I decided to share Chef Andrés’ letter with you for a bit of extra ‘good people doing good things’ around the world to remind us all that not everything is doom & gloom. 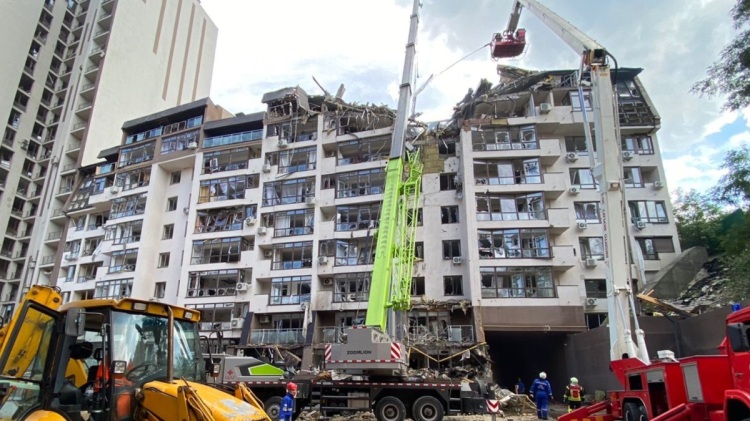 The past several days in Ukraine have seen horrific attacks on purely civilian targets, including a busy shopping mall in Kremenchuk, and apartment buildings in Kyiv & Mykolaiv–and just tonight, an apartment building in Odesa where at least 10 people were killed. In response to the missile strikes, WCK teams have jumped into action, bringing food & water. After the shopping mall was destroyed, we delivered hot meals, sandwiches, fruit, 2 tons of water & tea—and brought a generator & built a rest area for rescuers. 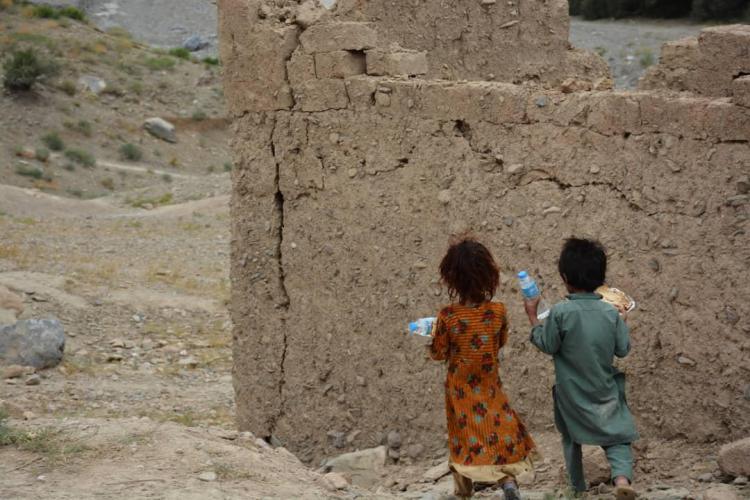 The most damaging earthquake in two decades struck the remote, mountainous provinces of Paktika and Khost in eastern Afghanistan last week. Killing more than a thousand people and injuring many more, families and rescue teams continue to care for survivors as medical facilities become more overwhelmed each day.

Together with Hospitality for Humanity–whose team lead is from the affected region–we are distributing thousands of hot meals every day to shelters, hospitals & clinics working around the clock. To increase capacity and serve more communities in need, we established two Relief Kitchens cooking for families. While the UN delivered tents, WCK is the only organization currently providing food & water. 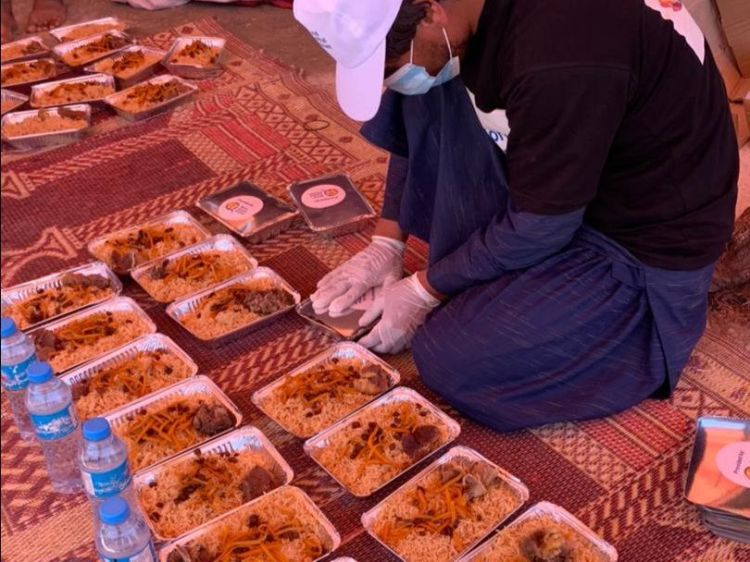 Assisting families and medical staff in need of clean water, we are also providing both bottled water and six 15,000-liter water tanks with our fresh meals. Damage from the earthquake destroyed entire villages and has left many families sleeping outside in the rain.

Tragically, many children have lost both of their parents. To provide as much comfort to these kids as possible, we’ve set up a special tent to give them a safe space where they can draw, read books, and enjoy some fresh fruit. Additionally, the team is starting a baby formula program to deliver bottles to mothers in hospitals. 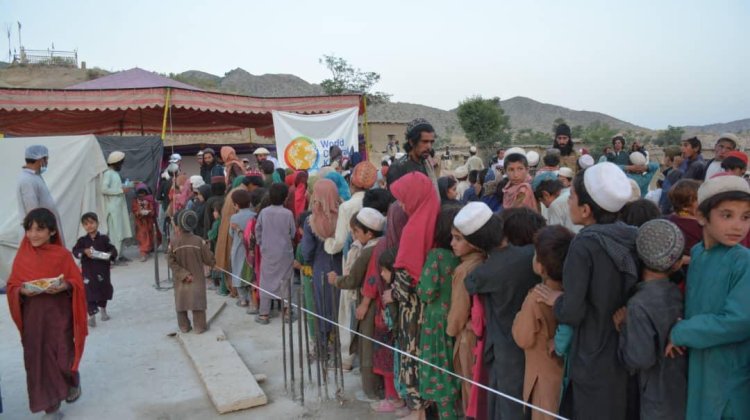 Meet Some of the #ChefsForUkraine Team

WCK’s work across Ukraine is managed and carried out by thousands of brave Ukrainians every single day. Our team now includes more than 4,500 people—chefs, drivers, warehouse managers, logistics experts—who help us serve over 1 million daily meals. 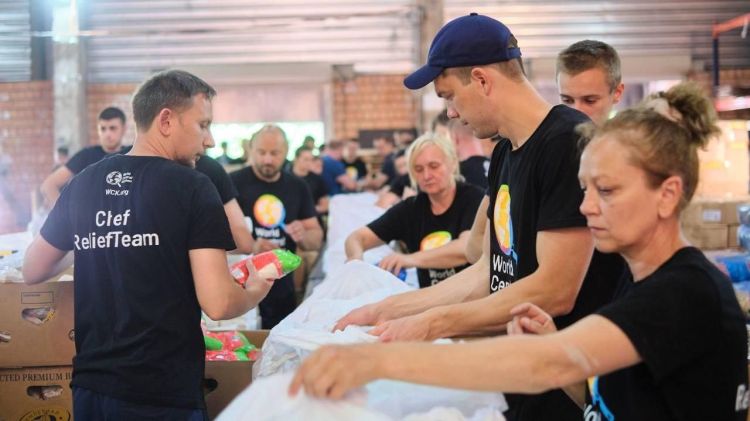 In Zaporizhzhia, Alex Beluga and his namesake Beluga Restaurant feed thousands of people every single day. One village he serves is Mala Tokmachka, a community near Russian-occupied territory—prior to the invasion, Mala Tokmachka had 3,000 residents, but there are now just 600-800 people left. Alex brings WCK food kits for families here living with no power or electricity. Deliveries here are dangerous—their vehicle has been damaged by shelling—but Alex is dedicated to supporting families not receiving any other form of help. 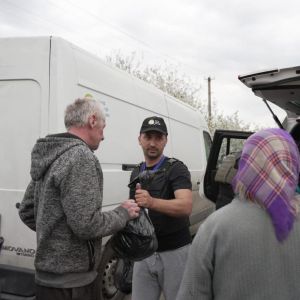 Katya, WCK’s regional lead in the eastern city of Kramatorsk in the Donetsk region, delivers critically needed food to families in the area. It was in Kramatorsk where we witnessed the horrific missile attack on the train station as families—including many young children—were desperately trying to flee. But Katya and her family have stayed behind, playing a vital role in supporting many who are unable to leave, even as attacks from Russia increase. Despite the danger, she says, “I really enjoy meeting and communicating with people, helping them—and this gives me the strength and desire to keep working.”

Earlier this month, a boxcar carrying pallets of WCK food to be delivered in eastern Ukraine was hit by a missile. Working with the incredible team from Ukrainian Railways, Katya helped clean up the mess and get the salvageable food to families in need.

Artem works with our WCK team in Dnipro to distribute thousands of WCK food kits and meals to families every day. He’s been traveling to frontline communities in the occupied Kherson region, and villages under attack in Donetsk. When he learned that water had been out for 2 months for 2,000 families, Artem brought a WCK generator to get the pumps working again–and 5 villages now have access to clean water.

Nastia is only 12 years old and came to Dnipro from Kharkiv with her mother Yulia in early March. They left their native town, home, and everything else, trying to save their lives. After receiving hot meals from a local WCK restaurant, they both began volunteering every day to help prepare meals for other Ukrainians forced to flee home! 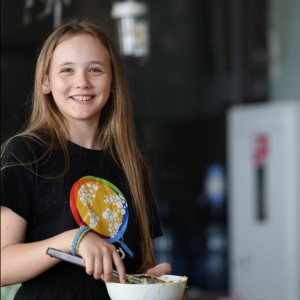 18 thoughts on “Something A Bit More Uplifting”