I’ve got a load of snark I need to get rid of, for it’s keeping me awake nights and spoiling my appetite for food!  So, you know what that means … SNARKY SNIPPETS!

Okay, folks … so everyone wants to talk about the price at the pump, eh?  Well, I’m pretty fed up with hearing the constant egging on of angst by certain Republican politicos who are all too happy to lay the blame at President Biden’s doorstep, even though they know where the blame actually lies.  This snippet from the July 29th edition of the New York Times tells you everything you need to know about why the price of fuel is so high …

Exxon Mobil and Chevron, the two largest energy companies in the United States, said on Friday that profits rose to record levels in the second quarter as they continued to reap the benefits of soaring oil and gas prices.

Coming after oil prices nearly doubled from a year ago, the results were expected, but Exxon and Chevron still beat analysts’ predictions for profits in the quarter. The results mean that five of the biggest Western oil companies — including Britain’s BP and Shell, as well as France’s TotalEnergies — are likely to have generated some $60 billion in earnings for the second quarter.

Next time you fill your car up or pay your electric bill, you know who the real thief is.

Atlanta’s Midtown Music Festival is an annual event held at the city-owned Piedmont Park.  The festival was cancelled in both 2020 and 2021 due to Covid, so music fans were excited about this year’s festival, scheduled to take place in mid-September.  But no more.  The event has been cancelled yet again, but this time because of guns.  In the past, guns have been banned at the event, but now organizers are told that it is against the law to ban guns at any event held on public land.  According to Bloomberg …

In May, a gun rights activist wrote the Atlanta City Law Department demanding that the festival’s permit be yanked unless it rescinded the weapons ban in accordance with state law. And a state Supreme Court ruling in April on a different public space made Live Nation’s legal right to ban guns at the festival questionable.

Democratic candidate for governor, Stacey Abrams, running against the Republican incumbent Brian Kemp, said the cancellation will cost the city $50 million and have untold consequences for local businesses who benefit from the festival.

I am glad to see the festival cancelled, if only because it sends a strong message to lawmakers that the proliferation of guns is not in the best interest of the people of this nation.

To the best of my knowledge, none of my readers hail from the state of Arizona, but just in case you know someone in that state … let me tell you a bit about the Republican candidate running for Secretary of State, Mark Finchem.  Back in February, Finchem claimed that Covid does not exist (ho hum, yet another QAnon cultist) and worse, that everyone who received the vaccine would be dead within two years as a result of the vaccine that he refers to as a “bio-weapon”.

Finchem, who is polling well ahead of his primary opponent, Beau Lane, signed onto a resolution urging Congress to accept Trump’s fake electors in Arizona, and he attended the January 6th insurrection at the U.S. Capitol, actions that helped him land Trump’s endorsement in this race. He has also previously associated himself with the Oath Keepers, an anti-government militia, and supported the QAnon conspiracy theory.  Just the sort of guy we need overseeing the 2024 election … NOT!

And on that note, I will leave you with a bit of (dark) humour.  Ol’ Margie Greene wants to be Trump’s running mate in 2024!  I had to laugh … please, Donnie, if you do run (which I hope never happens), pick Margie!  She’s sure to doom his campaign even worse than Sarah Palin doomed John McCain’s back in 2008!  Says Margie …

“I defend him all the time. I swear I would fight for that man because he fought for us and that’s the kind of president we need back, and if he were to ask me of course, I would be honored.” 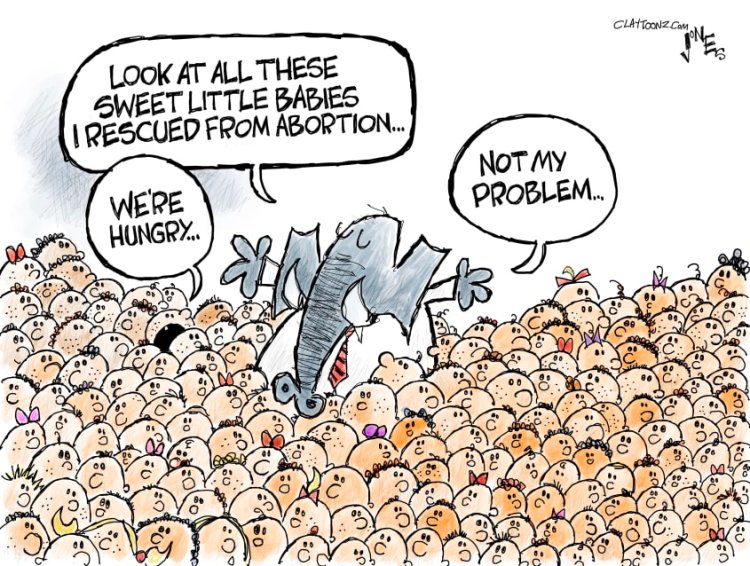 18 thoughts on “First Snarky Snippets Of The Month!”