As always, TokyoSand over at Political Charge has found the best cartoons from the past week, and as usual, I am a few days late in re-blogging her post!  This week’s biggest story was the death of Queen Elizabeth II, and I know from following Clay Jones’ blog, just how difficult it was to do a political cartoon that showed the respect we all had for her.  Second in line was Steve Bannon’s arrest, which was a big deal here in the U.S., probably not so much across the pond.  Below is a sampling from TokyoSand’s post … be sure to click the link at the bottom to see the entire collection!  Thank you, TS!

Here in the U.S., our news was dominated by Bannon turning himself in and other MAGA acting like dangerous dorks, whereas the U.K. dealt with the loss of their longest reigning monarch. 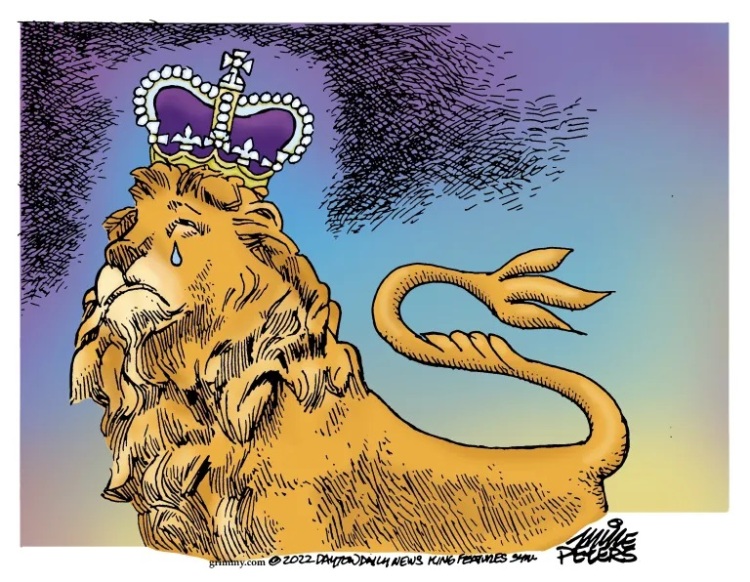