Did you watch the televised hearings, probably the last one, on Thursday afternoon?  In case you missed it, you can still see it here.  Dan Rather’s assessment of the proceedings is well stated, so rather than attempt to re-invent the wheel (mine would no doubt turn out square), I turn you over to Dan & Elliot from their newsletter on Thursday evening following the hearings.

Dan Rather and Elliot Kirschner 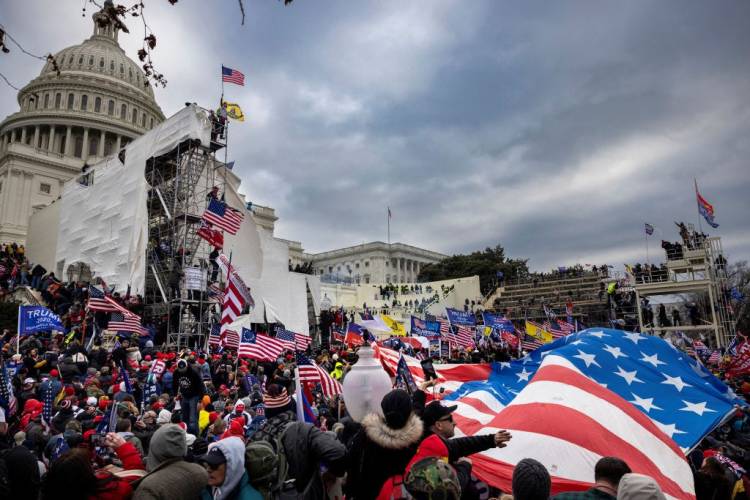 “That, my fellow citizens, breaks the republic.”

This was the chilling conclusion of Liz Cheney today at the January 6 hearings over what would have happened if the guardrails of our democracy, exposed for their frailty in 2020, had buckled to an autocrat determined to hold onto power. And the danger remains. “Without accountability, it all becomes normal, and it will recur,” Cheney warned.

Cheney’s statement is striking in its simplicity and its power. Her audience is her “fellow citizens,” the ones who will be going to the polls in less than a month to decide who should lead this nation going forward. Her fellow Republicans have cast Cheney as a pariah for having the courage to state the truth: that their leader wanted to destroy America as we know it.

What the committee presented today shed a spotlight on the authorship of this historic tragedy. It is Trump who is the playwright, conjuring and casting the roles of those who would act out his destructive intentions. It was he who dreamt up and directed a frontal attack on American democracy. But he couldn’t have done it without his willing accomplices.

Today, we saw footage of members of Congress grappling in real time with a deteriorating situation on January 6 that could have ended with more bloodshed and the decimation of governmental order. We could feel a visceral fear in their actions and words, not only for their own personal safety but for the safety of the nation they had sworn an oath to serve. Those who could have intervened, starting with the president but including his top aides inside the White House, were absent. And that is just as the president wanted it. We heard today evidence that Trump knew he had lost, and he didn’t care what it would take to retain power.

This man who shamelessly pounds his chest with protestations of patriotism, who literally wraps himself in the American flag, who demonizes his political opponents as haters of America is really the one who views our imperfect experiment in self-governance with disgust. Elections. The rule of law. Peaceful transfers of power. The will of the people. These are the pillars of our nation’s foundation. But for Trump, that’s all just for suckers. He had the presidency, and he didn’t plan on relinquishing it, no matter what the voters or the Constitution said.

January 6 wasn’t an accident. It wasn’t a rally that spun out of control. It was a dangerous and violent storm threatening our nation’s core principles and our whole system of representative democracy. Stop and ponder that. Then remember that it should have been no surprise. The committee has made clear that the plan had been on the radar for weeks. There was plenty of evidence in advance that Trump and his cronies were planning to disregard the verdict of the election if it went against him.

But details and evidence uncovered since have been stunning, including documentary footage of longtime Trump loyalist Roger Stone played today. Here is what Stone had to say even before Election Day (excuse the language, please): “I say fuck the voting, let’s get right to the violence.” Was what we saw on January 6 a Plan B, or really a Plan A?

One of the great attributes of this committee is expert storytelling, laying out, with gripping detail, a narrative — a true story — about the attempted destruction of our democratic order. They have carefully traced the origins of this horror to before the election. They have shown the rising danger and threats of violence. They have identified villainy, led by the president. They have explained with breathtaking intimacy what took place on January 6. And they have made very clear that that day’s actions, while dramatic, were not a denouement. How this story ends is currently unknowable. We will have a better sense after the midterm elections and with the Department of Justice’s decision if, how, and whom to prosecute.

There is a lot about what we heard today, and in the previous hearings, that is infuriating. It also is hard not to feel a deep sadness about the precariousness of our democracy. But we can find hope in the service of this committee. They are saying to all of us, “This happened. Let us not let it happen again. And let us hold those responsible, accountable.”

They believe that most Americans cherish our self-governance, our stability, and our rule of law. They believe that if we know the truth, that we will do everything in our power, as a people, as a nation, to protect against its recurrence.

Does that belief still hold? Or are we now so divided that we can no longer be sure? This is the overriding question as our beloved America evolves in the first quarter of the 21st century.