Some weeks good people just drop into my lap, other weeks I have to go in search of them, but either way, there are always plenty of ‘em out there if you know where to look.  This week, a few dropped neatly into my lap, so I’m delighted to share their stories with you!

Let’s begin with Isaac Winfield, an 11-year-old boy in Redditch, Worcester in the UK who has started his own foodbank!  During the first year or so of the pandemic, Isaac’s family would send food packages to school with him to be given to those in need.  Isaac’s family also donated to local foodbanks, but Isaac treasured the ability to take food packages to school to share and distribute.  Then, Isaac changed schools and his new school didn’t have a program in place for kids to donate food.  Isaac was bummed, but then he came up with an idea.  He told his mom in the car one day, “it’s alright, we’ll give them food at my house.”  Says Isaac’s mom, Claire …

“I was laughing, but he had just broken his arm, so I let him do it to cheer him up. I doubled what money we gave them normally for food parcels, and he went off to Aldi. With a little bit of help, he put all the food he bought in a little greenhouse with some lights and started offering it from there. Someone spotted it and put it on one of those Facebook community sites, and it went mad. People came and donated. The greenhouse lasted four weeks before I had to go and get a shed because we ran out of room.” 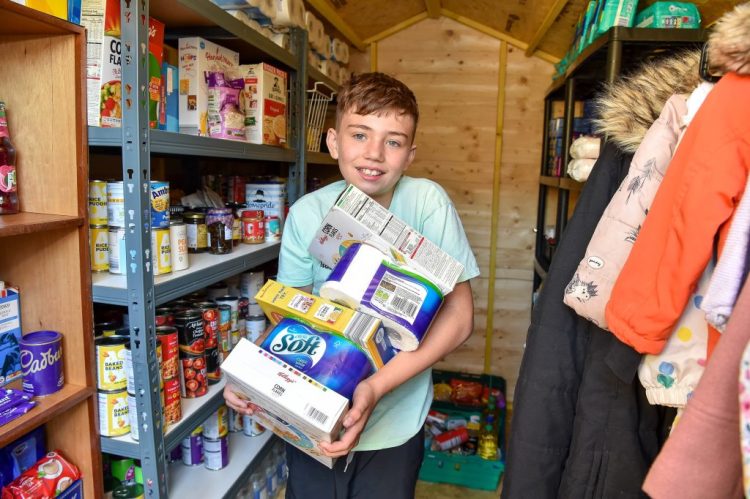 Now Isaac is planning to expand the service and has a local charity sponsoring him to open a foodbank in the town. He has attracted the help of big sponsors like Morrison’s and a local charity called Building Bridges to keep his foodbank operational.  In addition, YouTuber Mark McCann donated the aforementioned van, fully-taxed and insured, to help get the foodbank mobile.  Isaac wanted it decorated with a rainbow logo and on weekends his parents take him to various places to distribute the food to those in need. 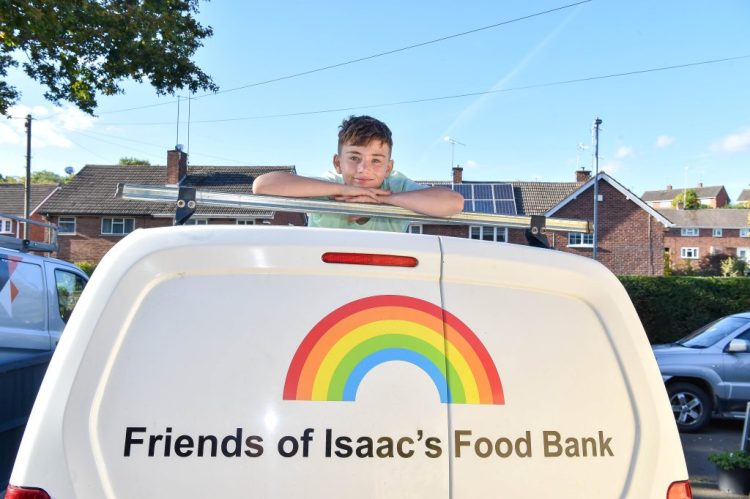 “For his 11th birthday he just wanted foodbank donations and the shed was absolutely rammed. He just wanted to get as many donations in as possible to help as many people as he can.”

Isaac has now been nominated for a local business award and hopes to open his second foodbank in the town next month.  Wow, right?  Just wow … what a remarkable young man!!!

I’d like you to meet another good people, trucker Gary Wilburn from San Antonio, Texas.  Wilburn was in heavy traffic on October 4th, near Forrest City, Arkansas.  After about an hour in the heavy traffic, he came across a badly crashed State Trooper’s vehicle on the side of the road. Every other motorist was passing the vehicle without stopping to look inside.

“I was in traffic for an hour before I saw the trooper. Some of the stuff I noticed was insane—no one’s calling the police, cars are driving by, and no one stopped to help him.”

Wilburn, who drives for Anderson Trucking, called 911 and reported what he found.

He then stayed with the trapped officer until emergency personnel arrived and he was airlifted to a local hospital.  I can find no word on the officer’s condition, but Wilburn was named a Highway Angel for what he did.  Since the program’s inception in August 1997, nearly 1,300 professional truck drivers have been recognized as Highway Angels for exemplary kindness, courtesy, and courage displayed while on the job.  Thumbs up to Mr. Wilburn and all the other Highway Angels out there looking out for us all!

Last month in Richmond, Indiana, a funeral was held for Police Officer Seara Burton, who had been shot and killed while responding to help other officers with a traffic stop. She was 28 years old and joined the Richmond police department four years ago.  Police Lieutenant Donnie Benedict said that on the day of the funeral, someone walked into the police station and handed over a white envelope. Inside it was eight one-dollar bills. The anonymous donation was from the homeless community in Richmond.

According to Officer Benedict …

“This gift was in a wrinkled dirty well-used envelope. They handed the envelope to the information officer and on the envelope was written these four words: people from the street. The person explained that several of the homeless people from the city of Richmond have taken up a donation from the people that live on our streets here in Richland and they wanted to donate this to Seara’s family. There have been many valuable gifts given in honor of Seara. However, none, and I mean none, are more valuable than the gift of 8 $1 bills in a dirty white envelope.”

That act of kindness has sparked a movement in Richmond. The community is now rallying behind the homeless population.  The story touched resident Amber Conley, who made a call out on Facebook asking for donations.  They have since collected enough donations to fill an entire room in the Richmond Fire Station — everything from blankets, coats, water, tents and more.

The group will hand out donations next week and Officer Burton’s family will be there to help.  The eight one-dollar bills from the envelope have been framed to remind everyone of the big impact Officer Burton had on the community she served for four years. 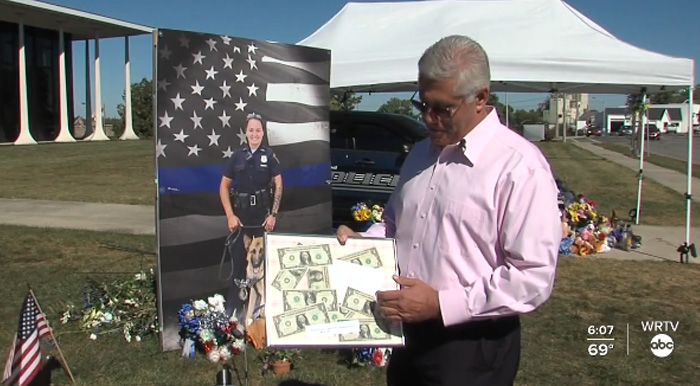 See, folks … there really are a lot of good people out there!