Amid the continual coverage of last Tuesday’s elections, and amid the speculation about whether the former guy would be so dumb as to launch another presidential campaign, this little tidbit of actual news seemed to be largely overlooked on Monday …

Three killed and two wounded in shooting at University of Virginia

Now, I know that last week’s elections were among the most important mid-terms in the history of our nation, and I know a lot of people are fixated on the former guy, but … how can a shooting that killed three college students be relegated to a minor news story???

And while most of you probably did hear about the UVa shooting once the networks eventually found time to report on it, four students were found dead on Sunday in an off-campus house at the University of Idaho.

Having read about the UVa shooting in The Guardian, a UK publication, I opened the New York Times website and all I saw was election coverage, speculation, reactions, etc.  I went to The Washington Post’s site, and again … all election news or journalistic speculation.  And I wonder if we are so inured to gun violence in this country that it isn’t even front-page news anymore.  Or is it that people are so enthralled by the political drama that they can only focus on that one thing?  I haven’t even heard the usual “thoughts and prayers” by the politicians this time – I guess they are too focused on their own fortunes or misfortunes to pay attention to the misfortunes of the families of seven dead students.

The three victims in the UVa shooting were 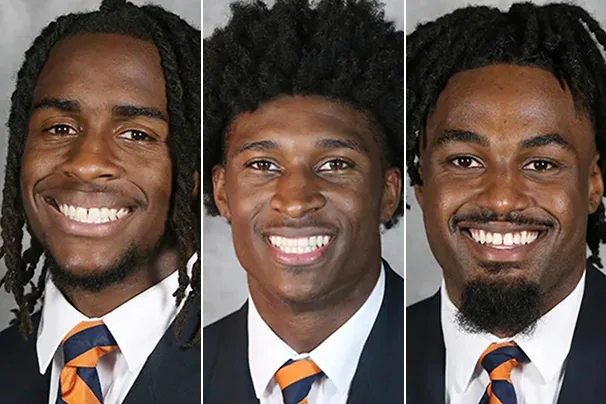 The youths had attended a play about Emmett Till in Washington, D.C. and their bus was just returning to the UVa campus when one of the students, who I shall not name, opened fire inside the bus.  The shooter was also a student, though not in the same class as most of the rest of the group.  No motive has yet been discerned.

Information on the deaths of the University of Idaho students is still very sketchy and all I know for sure is that the four deaths are being investigated as a homicide.  Initial reporting indicated the four were shot to death, but that has since been changed and no ‘cause of death’ is officially available.

I do realize the importance of this month’s election and I am as focused on the results and what they might mean for the future of this nation as much as anyone.  But one of the most serious problems we have in this nation is guns, and the lives of college students being cut short by a man with a gun is too important to just give a passing glance.  In Texas, Governor Greg Abbott won his bid to remain governor of the state.  Texas, where last May 24th, 19 students and two teachers were brutally murdered in an elementary school in Uvalde.  Said Kimberly Mata Rubio, the mother of the slain 10-year-old Lexi Rubio …

“Abbott hasn’t done anything to curb gun violence or prevent another school shooting from happening in Texas in the 6 months since the Uvalde elementary school shooting.”

But apparently the people of Texas care more about things other than the lives of their children.  The issue of school shootings and guns in general is woven into our political discourse and the two really cannot or should not be separated.  More and more in this country the laws lean toward unlimited and unrestricted gun ownership … and use.  The man charged in the UVa murder had twice failed background checks, but still was able to purchase a gun.  Something wrong here, folks.

The media does us a disservice when they focus on the political fray to the exclusion of all else.  We need to hold their feet to the fire, hold them accountable to report all the news, not just the political news.  Life matters.  Say their names:  Devin Chandler.  Lavel Davis Jr.  D’Sean Perry.