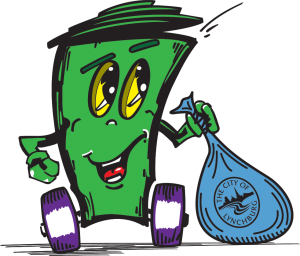 Why is it that people will throw napkins, soda cans, orange peels and every other form of trash on the ground rather than walk two feet to a trash can and place it inside said can?  I do not understand this. Every morning I walk a few laps around a park that is about ¼ mile behind my house.  It isn’t a spectacular park, but it is kind of nice, grassy with a paved track around the perimeter.  The grassy area is marked off for eight fields, and every afternoon after school, kids practice or play games of soccer or baseball.  If it has rained recently, I even see a pair of ducks somedays on my morning walks.  Sadly, I also see trash, and lots of it.  When the kids come for soccer, the soccer moms and dads also come, bringing their folding chairs, snacks, and bottles of water.  All of which is well and fine, except … despite there being several trash cans strategically placed around the park, they seem to be too tired (read lazy) to get up and place their empty water bottles, fast food wrappers, soda cans and the like in the trash cans.  This morning, I counted no less than 4 water bottles, orange peels, chip bags, napkins, a shoe, a shirt, and other unidentifiable trash on my walk.  I enjoy my morning walks, but seeing everyone’s trash diminishes the joy just a bit.

Apparently, people are just slobs.  I live in a townhouse community, and nearly every morning I find somebody’s trash on my back patio.  Nothing too bad, as a rule, but still, somebody else’s empty potato chip bag on my patio does not bring a smile to my face.  And this, despite the fact that a maintenance man spends an hour every morning walking through the neighborhood picking up trash! My home is within spitting distance of a major Interstate highway, and every day, road crews are out picking up the trash that people have thrown out of their vehicles.  Take a wild guess at who pays those people to spend eight hours a day picking up trash alongside the highway?  Yup, you got it!  You and I do.  C’mon people … is it really too much trouble to leave your McDonald’s bag in your vehicle until you stop for fuel, then deposit it in the trash can?  I have to wonder about people who have so little regard for their surroundings that they willfully throw trash on the ground … what do their homes look like? 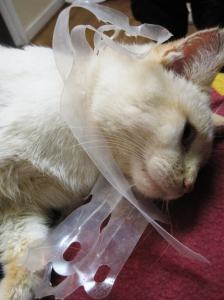 Yes, trash is unsightly and that is what got me started on this rant, but what is even worse, trash that is improperly disposed of damages the environment and disrupts already fragile ecosystems.  I read not long ago about a raccoon that had beer cans stuck on his front paws.  The cans had been there so long that by the time he was finally discovered and the cans removed, the damage was so severe that the poor little guy had to be euthanized. In my book, whoever threw those beer cans down is guilty of murder. Those plastic rings that hold six-packs of beer and soda together are lethal to animals who get stuck in them. Even something as seemingly innocuous as an apple core tossed out of a car window can be lethal to animals who may stray close to the highway, tempted by the smell of food, only to be flattened by cars whizzing by at 70 miles an hour.

Ever been out walking and stepped on a piece of chewed-up gum?  Ewwwww, right?  The best way to get gum off the bottom of your shoe, by the way, is to put the shoe in the freezer for an hour or so, if you don’t mind taking a chance on your next burger tasting like sweaty feet.  But think of the duck or skunk who steps on a wad of gum.  He cannot put his foot in the freezer and probably cannot get the gum off, making it difficult for him to walk, waddle or fly.

The effects of trash is devastating to wildlife, damaging to the environment, and an eyesore to all of us.  The solution is so simple … dispose of trash properly!  It shouldn’t require a government agency, legislation by Congress, or a team of researchers to study ways to solve the problem.  All it should require is for people to have a conscience, take a few extra steps to put your trash in a trash receptacle, and teach your children to do the same!  This is actually one of the few things that we can all do to make the world a better place, yet for some reason we don’t.  Laziness?  Carelessness?  Stupidity?  I don’t know, but we all need to try to do better.  Okay … I’m done ranting, and I now return you to your regularly scheduled program.