Last Tuesday, after ten days of experiencing earth tremors, the Commonwealth of Puerto Rico was hit with an earthquake measuring 6.4 on the Richter scale.  Yesterday morning, after days of aftershocks, the island was once again hit with a 5.9-magnitude quake, and today they are experiencing more aftershocks. 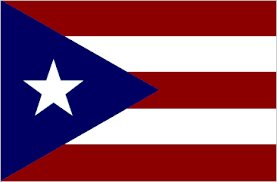 If almost any city in the continental U.S. had been hit with two earthquakes of this magnitude in under a week, it would be headline news every day, and the federal government would be sending troops to help residents, keep the streets safe, prevent looting, and assist in cleanup operations.  For Puerto Rico?  The government is doing nothing as far as I can tell.

You may remember that in 2017, Puerto Rico was devastated by Hurricane Maria, with nearly 3,000 human lives lost as a result of the Category 4 storm.  The island still has not fully recovered and they are still waiting for some $18 billion in federal funding that was designated by Congress after Maria.  The holdup has continued past a congressionally mandated deadline last fall for more than $8 billion of the aid to be officially announced, and on Thursday, House Speaker Nancy Pelosi accused the Trump administration of acting unlawfully in withholding the money. (Perhaps he is waiting for them to dig up dirt on Joe Biden?)

You may also recall that after Hurricane Maria, Donald Trump briefly visited the island and … threw rolls of paper towels into the crowd of people who had come to hear him speak, hoping for promise of some real help. 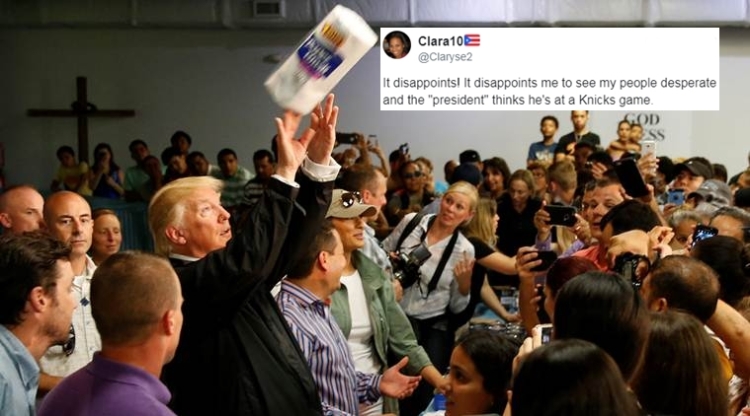 Trump has repeatedly claimed that he has done more for Puerto Rico than any other U.S. president, but I think if you ask the citizens of Puerto Rico, they’ll tell you that is naught but another of his lies.  In the aftermath of Tuesday’s earthquake, not a word has been heard from Trump, though he did sign a disaster relief bill authorizing the Federal Emergency Management Agency to assist.  If it had happened in San Francisco or Miami, he would have at least been tweeting “thoughts and prayers”.  But for Puerto Rico, nothing.

But, the federal government is not the only one who is kicking the Puerto Ricans while they are down!  Given that the aftershocks have not ceased since the initial quake, it is understandable that many residents are trying to leave the island.  Now, on an average day, a ticket from Puerto Rico to Florida would run between $85 – $120.  Today, both United and Delta Airlines are charging between $249 – $349 – a nearly 200% increase!  This, my friends, is how capitalism works. They call it the law of supply and demand, but I call it unconscionable opportunism.  This is taking advantage of people who are desperate.  This makes me sick.

The Florida Attorney General’s office says that airlines prices do not fall under the state’s price gouging statute, and even then, the statute only applies when Florida is under a state of emergency.  The Better Business Bureau said there is no regulation in place for prices of airline tickets during natural disasters.

All in all, Puerto Ricans have gotten a raw deal from the U.S. and the president of the country is too busy assassinating foreign leaders, lying about the reasons for doing so, tweeting criticisms of anybody & everybody, falsely bragging about being the greatest president ever, and ranting about having been impeached, to do his job, to help suffering people.  Meanwhile, Puerto Ricans are without power, many are sleeping outside for fear of the next quake, and most cannot afford to leave and have nowhere else to go.  Once again, I am deeply ashamed of this nation … we have sunk to a new low. 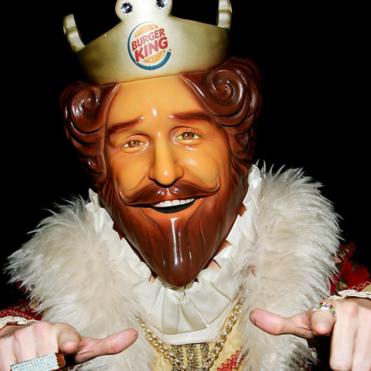 Do you know what to do in the case of gas buildup in a building you are in?  What if you were working in a fast food restaurant, say Burger King or Wendy’s, and a member of the Fire Department or Police Department called and told you that your building is filling with pressure from gas that must be released, else the building will explode?  What would you do?  Well, in restaurants in Minnesota, Oklahoma, California and Arizona, the employees smashed every window in the restaurant to “release the pressure”.  In California, the manager even rammed his car into the building to make absolutely certain that all that “pressure” had a place to go.  Personally, I like to think that I would question that phone call before causing $10,000-$35,000 in damage.  First, I would wonder how somebody not in the building with some testing equipment could possibly know about pressure in the building.  Second, even if I believed there was an excess of pressure in the building, I think I would just open the doors … that should be enough to equalize pressure within seconds.  But no, the employees of these fast food restaurants and their managers just went right on and smashed those windows!  The callers, by the way, were just pranksters.  If I had to guess, I would say they were probably nearby, watching and laughing until they cried!  I know I would have been.

Coming soon to a neighborhood near me … the Cat Café!  A local entrepreneur is opening a new coffee shop and cafe in my neighborhood where patrons can enjoy espresso drinks, tea and sweets while surrounded by cats. (So, what is different between this and my home, which I share with 7 cats?)  The front of the Kitty Brew Cat Café would be a traditional cafe setting, while a separate room in the back would house up to 16 cats along with seating and furniture for both felines and humans. “We’ll have interactive furniture the cats can jump on and play, but also things like bean bag chairs (I have to wonder how long those will last?) for people to be level with the cats and engage with them. We’ll have Wi-Fi so people can come and work like they would at a regular cafe, just surrounded by cats,” said the owners of the café, Ken Molnar and Jenni Barrett. Barrett is also planning to obtain a liquor license to hold wine tasting events.  All cats will be obtained from the local Humane Society and will be adoptable.  I am considering calling them and asking if they would like to have one of ours, Tiger Lily, who is the meanest darn cat I have ever known!  It is an interesting and fun concept, but personally I will not likely go there.  When I go out, I rather like to enjoy a fur-free environment for a change.  Also, if I went there it would be with my family, and then we would end up with an 8th cat, I fear, as they are incapable of passing up a kitty.

This past weekend was devastating for so many people in Japan and Ecuador.  Two earthquakes hit the Kyushu region of Japan, one on Thursday and another on Saturday.  As of this writing, the death toll in Japan stands at 41, with another 968 injured.  On Saturday, an earthquake also hit Pedernales, Ecuador, where the death toll currently stands at 246, with more than 2,000 injured.  In both countries, rescue workers continue to race the clock in hopes of finding more survivors.  “You can still hear people calling for help — we can’t get to them,” said Luis Flores, a rescue worker in Pedernales.  It goes against my grain to end the Monday post on a sad note, but I think it is a good thing sometimes for us to stop for just a minute and realize that in spite of all our daily trials, in spite of the political mania, it could be so much worse.  My heart and thoughts go out to all who were affected by these tragedies over the weekend.