As she does every Saturday, our friend TokyoSand has scoured the ‘Net for the best political cartoons of the week.  There are a couple of really great ones this week.  As you might guess, the big topics of the week are the COVID surge and Andrew Cuomo.  Here are a few, but be sure to head over to TokyoSand’s place, Political Charge, to see the rest!  The very last one on TokyoSand’s page is especially touching.  Thank you for all your hard work in finding these, TS! 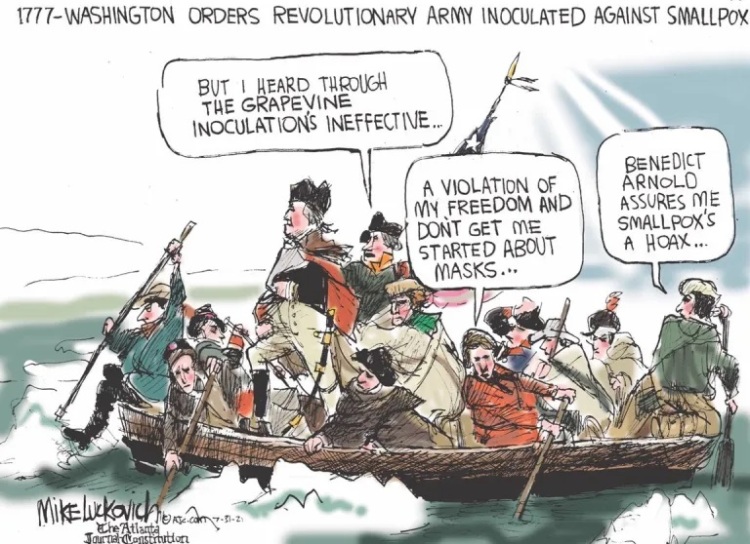 Be sure to check out the rest of the ‘toons over at Political Charge!

Quite probably the single most crucial issue facing us today is the environment, and not only climate change, but dangerous agricultural chemicals, contaminated water supplies, and the killing of our wildlife as well.  Recently, there have been a number of court rulings favourable to the environment, and throwing small wrenches into Trump’s plan for global destruction.

Yesterday, the U.S. Court of Appeals for the 9th Circuit ordered the EPA to finally take action on widespread demands from environmental groups to ban chlorpyrifos, a toxic pesticide.

For years, experts have raised concerns about chlorpyrifos, which is commonly used on crops including apples, wheat, and corn. The pesticide has been linked to cognitive problems, especially in children, and the World Health Organization (WHO) has deemed it hazardous to humans. But it remains widely used in the United States, and under former EPA Administrator Scott Pruitt, the agency denied a petition to ban chlorpyrifos, arguing that the science underlying the pesticide’s side effects is “unresolved.”  Same ludicrous argument the present administration keeps making about climate science.  Perhaps they simply do not understand science?

Last August, the 9th Circuit ordered the EPA to ban the pesticide within 60 days, but the Trump administration appealed. Now, the agency is once again facing a deadline. The court ruled Friday that the EPA has 90 days to decide on banning chlorpyrifos across the country, giving the agency until mid-July to act.

The courts may be losing patience with the administration on environmental issues such as this one, for Judge Margaret McKeown said …

“You’ve had 10 years or more to look at this. We’ve changed administrations, apparently we’ve changed science — how much more time do you need?”

It is far from finished, but the courts seem to be leaning more toward the environment than the EPA, a good sign at least.

On April 18th in the U.S. District Court for the Eastern District of Michigan, Judge Linda Parker ruled that people in Flint are free to sue the federal government over its mishandling of the city’s water problems.  In the past three years, I have written a couple of times about the water crisis in Flint Michigan, starting with Just Don’t Drink The Water back in early 2016. 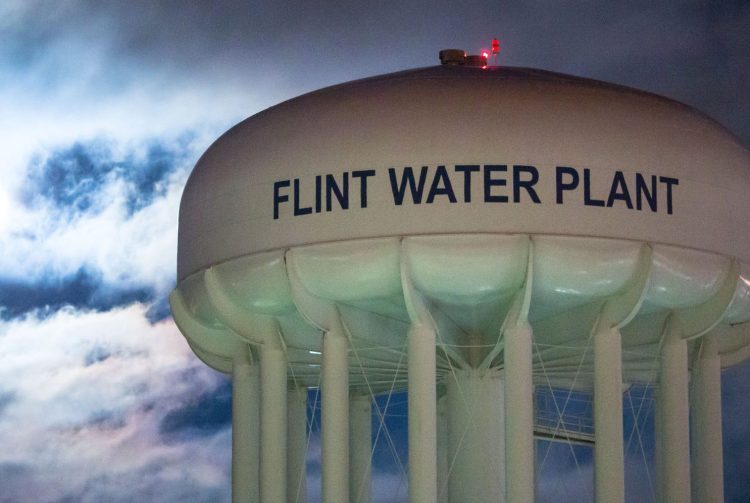 Although one of Trump’s campaign promises was to spend money on infrastructure problems, nothing … zero … has been done to alleviate the situation for the residents of Flint.  Two years ago, Flint community members sued the EPA for “mishandling” the crisis and failing to utilize the Safe Drinking Water Act to intervene and protect residents. Around 3,000 people are named in the lawsuit, which the government has sought to dismiss.

Judge Parker’s ruling does not necessarily find any federal employees negligent, but it does mean the government is not immune from a lawsuit.  It’s a small step, but one in the right direction.

Trump and his cabinet lackeys have proposed opening both the East and West coasts, as well as the Gulf of Mexico and Alaska to offshore drilling.  This new law is one that should be adopted by every coastal state in the nation.  After BP’s 2010 Deepwater Horizon rig explosion, oil contaminated more than 1,300 miles of coastline, harming fisheries, birds, and impacting endangered whales for generations to come.

The environment is much more important than the financial interests of the oil and gas industries, and it’s good to see at least some lawmakers acknowledging that.  Undoubtedly there will be court fights over this, but if every state follows New York’s lead, Trump will be long gone from office before all the suits are resolved.

U.S. District Court Judge Sharon Gleason ruled that the administration violated federal law with a proposed road that would split a wilderness area in a national wildlife refuge.  The proposed road was in order to give residents of a local village easier access to an airport, however the damage to the habitat for migrating waterfowl would have likely been severe and irrevocable.

Later the same day, the same judge ruled that Trump exceeded his authority when he reversed bans on offshore drilling in vast parts of the Arctic Ocean and dozens of canyons in the Atlantic Ocean.  The reason for the ban was to protect polar bears, walrus, ice seals and the Native villages that depend on the animals from industrialization and oil spills.

U.S. Senator Lisa Murkowski from Alaska is not happy about either of these rulings and predicts they will work their way through the court system until they reach the Supreme Court.  She’s probably right.  But, perhaps by then we will have a president who cares more about the environment and the survival of species than about the profits of the fossil fuel industry.

FILE – In this June 7, 2010 file photo, a dead turtle floats on a pool of oil from the Deepwater Horizon spill in Barataria Bay off the coast of Louisiana Monday, June, 7, 2010. (AP Photo/Charlie Riedel, File) 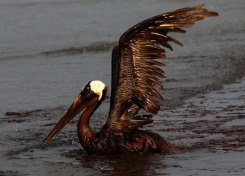 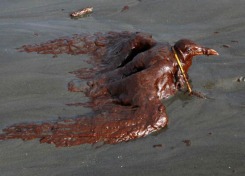 All of these are good news, but they will undoubtedly be challenged and possibly lose the higher they go in the federal court system.  We the People must make our voices heard, must let Congress, especially the republicans in Congress, know that we don’t want offshore drilling, that we don’t want wildlife decimated, that we want potable drinking water, safe food, and that we want regulations that protect our planet rather than ones that protect oil companies or other corporations.