One of the most basic human needs is … water. Without it, we die … it’s that simple. Brendan over at Blind Injustice has written a post to remind us first of the importance of potable water, and second, how water supplies around the globe, and yes even here in the U.S., are diminishing. Thanks, Brendan, for a wake-up-call post we should all be reminded of.

When some of us (particularly those of us of means) in the United States think of places that lack access to clean drinking water, we think of certain countries on the African continent. And, it is true that parts of Africa struggle to access even the most basic of water services—nine of the ten worst countries in the world in terms of access to clean water are located on that continent.[1]

Sure, a major report on the water crisis in Flint, Michigan, a few years ago cited systemic racism as being at the core…

Early Friday morning it was announced that on Thursday, an existing portion of TransCanada’s Keystone pipeline leaked at least 210,000 gallons of oil near Amherst, South Dakota. The spill is about 40 miles from the Sisseton Wahpeton Oyate of the Lake Traverse Reservation. Sisseton Wahpeton Oyate tribal chairman David Flute said his community is concerned the leak, the largest by the Keystone pipeline in South Dakota to date, could pollute the area’s aquifer and waterways.

“We are keeping a watchful eye and an open ear. The concern is at a high level, but there is really nothing we can do.”

On November 20th, the Nebraska Public Service Commission is scheduled to vote on whether to accept TransCanada’s Keystone XL proposal to construct new pipeline through Montana, South Dakota and Nebraska.  Thursday’s spill is the largest yet in the pipeline’s 7-year history. Last year, another major leak sent 16,800 gallons of oil spilling onto South Dakota grasslands. Now, one might expect a leak of more than 210,000 gallons might influence the decision of the Nebraska Public Service Commission, mightn’t one?  Well, think again.  An excerpt from the law governing the approval process:

“Commission Determination – In determining whether the pipeline carrier has met its burden, the Act prohibits the Commission from evaluating safety considerations, including the safety as to the design, installation, inspection, emergency plans and procedures, testing, construction, extension, operation, replacement, maintenance, and risk or impact of spills or leaks from the major oil pipeline.”

“It poses a risk to the Indigenous rights of tribal nations all along the route and it’s a complete disregard for free prior and informed consent as guaranteed on the UN Declaration on the Rights of Indigenous Peoples. It puts at risk the drinking water of over 65,000 Indigenous peoples along the route and puts at risk the livelihood for so many people that depend on tourism, on the land itself for farming and livestock. It’s a risk we can’t take.” – Dallas Goldtooth, Indigenous Environmental Network

The Obama administration spent six years considering the controversial cross-border pipeline before ultimately denying a permit for its construction in November of 2015. On Friday, 04 March 2017, the Trump administration issued a permit allowing the pipeline to move forward. Why?  Two reasons, greed and Trump’s determination to reverse every action President Obama took during his eight years in office.

However, there is yet another twist in the story. When the project was first proposed in 2008, oil prices had just topped $70 a barrel, rising to more than $90 a barrel between 2010 and 2014. But since then, oil prices have dropped precipitously — down to just about $56 a barrel today, greatly reducing the profitability and salability of the oil from the pipeline.

We have one planet to live on.  Humans will not, contrary to what some believe, live on Mars or the moon.  Humans and most of the other living creatures and vegetation currently calling this planet their home, will survive on this planet or not at all.  But, as with any home, we must maintain it, care for it, and take responsibility for its habitability.  The industrialized, western nations are, quite frankly, doing a lousy job of taking care of our planet, nearly always choosing profit over good stewardship. 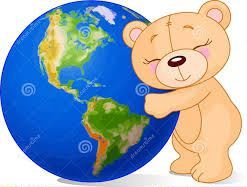 We have a responsibility to preserve our planet for future generations.  Instead, we applaud a leader who approves a risky pipeline that will endanger the water supplies in at least four states, and who has refused to work toward a healthier, more sustainable environment.  If, after 11 spills in 7 years, two of them major spills, this pipeline is allowed to continue, it will be an abomination, another time that we traded human life for profit, another time we bowed to greed.  A saying I have heard many times in the last few years is that the Earth will survive without humans, but humans will not survive without Earth. Think about it.