Alexander Vindman is a decorated war hero.  In addition to overseas deployments to South Korea and Germany, Vindman is a combat veteran of the Iraq War, and he served in Iraq from September 2004 to September 2005. In October 2004, he sustained an injury from a roadside bomb in Iraq, for which he received a Purple Heart. He was promoted to the rank of major in 2008, and to lieutenant colonel in September 2015.

Donald Trump is, in essence, a draft dodger who, while men were dying in Vietnam, had his father pay a doctor to say he couldn’t serve because he had blisters on his feet (too much time in golf shoes?)  Donald Trump does not like war heroes … perhaps they make him uncomfortable because they did their duty while he languished in the lap of luxury.  Remember his remarks about John McCain, who received daily beatings at the hands of the North Vietnamese for nearly six years, refusing early release unless every man taken before him was also released?  Trump said he didn’t like people who were captured.  McCain’s plane was shot down … not much he could have done to prevent that.  While Trump was schmoozing with the likes of Jeffrey Epstein, playing with whatever woman he chose on any given night, John McCain was suffering unimaginable pain and horror, yet Trump didn’t like him.  Just as he doesn’t like Alexander Vindman.

Vindman, as you recall, testified under oath before the House impeachment hearings in October.  Vindman told the truth, and for his courage, his honesty, he was punished with the loss of his job.  His twin brother, also a Lieutenant Colonel in the U.S. Army and ethics lawyer for the National Security Council, was also fired … presumably only because his last name is Vindman.  Bad enough … but it doesn’t end there.  Now, Trump is calling for Alexander Vindman’s head, as well.

Trump has expressed his desire for the military to investigate and invoke “disciplinary action” against Alexander Vindman.  Disciplinary action???  So, is it a crime now to tell the truth in the dis-United States of America?

In a press conference, Trump said of Vindman …

“The military can handle him any way they want.”

When asked what he meant by that, he replied …

“That’s going to be up to the military, we’ll have to see, but if you look at what happened, they’re going to certainly, I would imagine, take a look at that.”

Would somebody please teach this man to construct a sentence that makes sense?

With not one shred of evidence, Trump claims that what Vindman reported about Trump’s criminal phone call, the one that Trump says was a “perfect” call, is different than what he actually said.  Of course he says that … he’s the liar in chief, the ‘man’ who wouldn’t know the truth if it smacked him in the ass!

We expect such from Donald Trump, the fat man with a very slim mind, but what’s worse is that others are supporting and defending his actions.  The ignoble Senator Lindsey Graham said, in an interview on Fox News’ American Newsroom …

“I think FBI agents had a political agenda during the investigation of President Trump and they acted on it. I think CIA operatives have been out to try to get the president since he was elected. I think there are people in uniform that can’t accept this result. Because you wear the uniform doesn’t mean you’re exempt from being asked questions. When a military officer engages in a political bias in uniform, they need to be held accountable.”

Political bias???  Lieutenant Colonel Vindman reported, under oath, what he had seen and heard.  Period.  Where’s the ‘political bias’?  Graham, like so many other republicans in Congress, has stopped doing his job and instead is following the Trump agenda.

The Vindmans and Gordon Sondland weren’t the only ones Trump has gone after since the Senate gave him carte blanche last Wednesday.

Jesse K. Liu was, until recently, a U.S. attorney for the District of Columbia.  As such, she inherited certain cases from the Robert Mueller investigation, including those of Rick Gates, Michael Flynn, and … Roger Stone.  Last December, Ms. Liu stepped down from her position, as Trump nominated her for a high-ranking position in the U.S. Treasury Department.  Yesterday, after Trump learned that prosecutors were recommending a sentence of 7-9 years for the facinorous Roger Stone, threw a fit, and caused the “Justice” Department to lower their recommendation, Trump withdrew Ms. Liu’s nomination.

The Vindmans, Sondland, Liu … all cases of pure petty revenge on the part of the person who holds the highest office of the land.  These are only the beginning.  Last Wednesday, 53 U.S. Senators handed Mr. Trump the keys to the kingdom.  They told him that whatever he does, they “have his back”.  This is only the beginning of what will likely become the darkest period in the history of this nation. 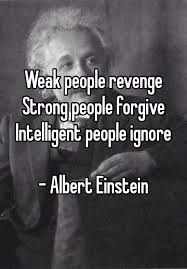