Hooray for Wednesdays!  It is such a breath of fresh air to shine a light on people who care about others, who are giving of themselves, even in the smallest of ways, to somehow make life better for somebody.

California is on fire …

You’ve all seen on television or the internet the terrible devastation caused by this year’s wildfires in California.  The fires extend from the northern to the southern border, and some 9.000 firefighters are working day and night to contain the fires.  Typically, when disaster strikes, good people jump into action, and today I would like to share with you a few people who are helping.  First of all, though, I want to give a shout out to those 9,000 firefighters.  They are working in horrid conditions, with very little sleep, risking their own lives to help save lives, property, forests … these guys are HEROES! 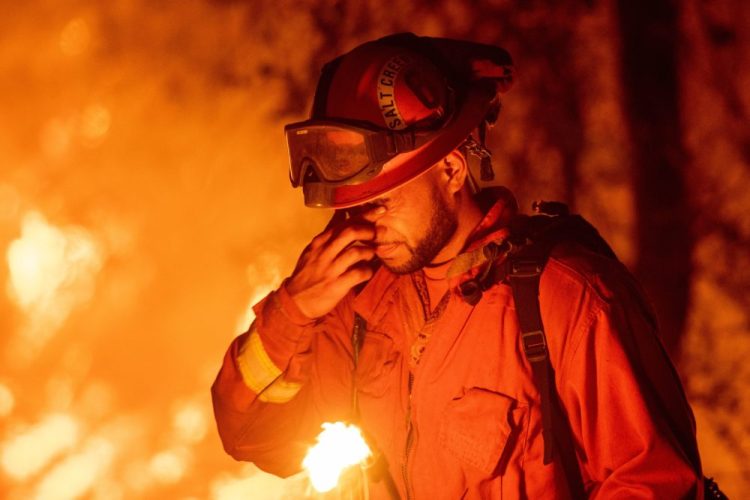 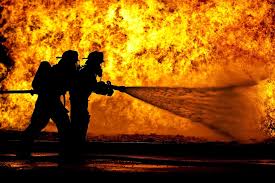 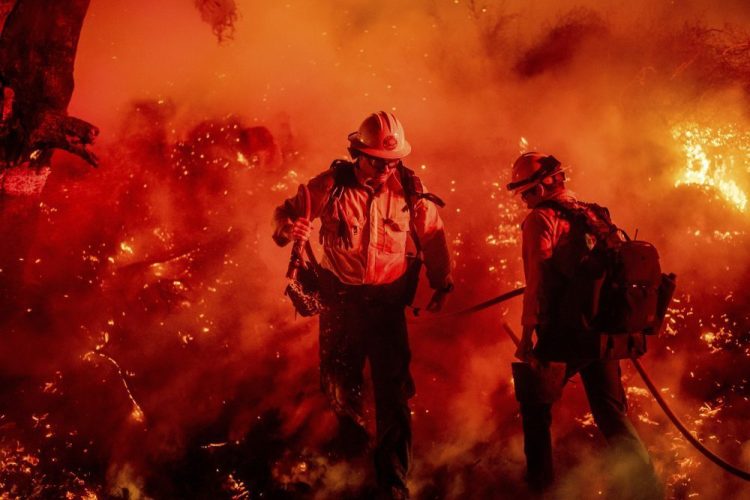 I had never heard the name John Cena until last night (yeah, I’m sure you are all rolling your eyes … I’ve told you, I am a pop culture throwback!), but it’s a name I’m not likely to forget anytime soon.  Turns out Mr. Cena is a former wrestler-turned-actor, who has a new movie coming out day after tomorrow in which he plays … a firefighter!   Mr. Cena put out a very touching video on Twitter, announcing that he is donating $500,000 to the California first responders.  But, he didn’t stop there … he called on Paramount Pictures to match his donation, which they did.

Other celebrities who have donated to the cause include Chris Pratt, LeBron James, and others. You all know how I generally feel about celebrities, millionaires and such, but when they open their hearts and wallets to those in need, I give credit where credit is due.

Last year, I wrote a post about heroic efforts large and small during the California wildfires of 2018 (I do hope this won’t become an annual feature!), and one part of that post featured celebrity chef José Andrés and his wonderful organization World Central Kitchen.  Just as they did last year, they are back out there this year feeding the firefighters. 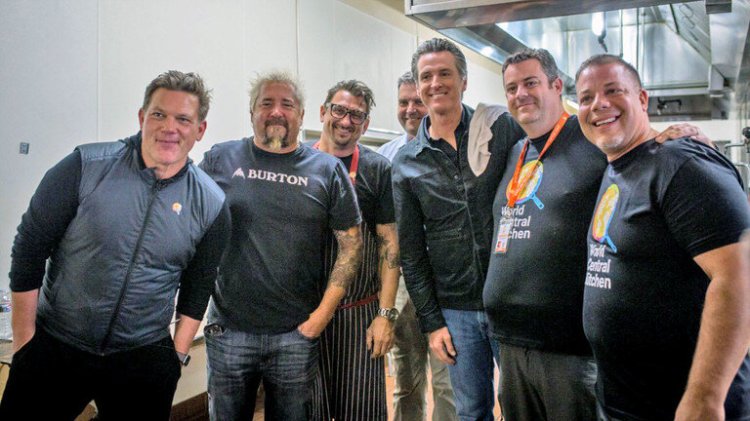 Joining Chef Andrés were celebrity chefs Tyler Florence, Guy Fieri as well as many other chefs and volunteers.  You can see some of the pictures on the World Central Kitchen website.  Hats off to this very worthy organization and those who give of their own time and money to help feed those firefighters who are putting their lives on the line 24/7!

Jonathan Pinkard collapsed at work one day a few months ago and was rushed to Piedmont Newnan Hospital in Coweta County, Georgia.  At 27 years of age, it was determined that Jonathan needed a heart transplant.  The problem wasn’t, as so often is the case, finding a heart, but rather Mr. Pinkard was deemed ineligible because he had no family to be his support system, to help him through the recovery process.  Without the transplant, Mr. Pinkard would die.

“I think at some point God places people and situations in your life and you have a choice to do something about it. For me with this situation there was no choice. I had a room, I was a nurse, I could take care of him. So it really wasn’t anything that I struggled about it was just something that had to happen. He had to come home with me.” 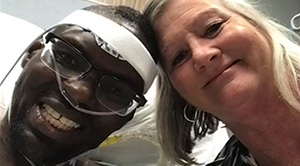 So, Lori officially adopted Jonathan Pinkard, which got him onto the transplant list, and he received a new heart in August.  Ms. Wood is helping him transition to living independently once again, and Mr. Pinkard plans to return to work next month! Jonathan Pinkard may have a new heart, but Lori Wood has a huge heart, don’t you think?

This story first came to my attention via our friend Keith, and then I found it on the ‘net.  It’s a little thing, but I thought it worthy to be included here.

The kid’s name is Jackson Champagne, and he is 8 years old.  On Hallowe’en night, Jackson was out trick-or-treating when he came to a house with a candy bowl set outside, as some people do.  But alas!  The bowl was empty!  Not so much as am M&M remained!

“All gone. There ain’t no more candy.”

Jackson turned as if to leave empty-handed, but as he noticed other witches, ghosts and goblins coming up the walkway, he stopped, dug around in his own bag, and put some of his own candy in the bowl for the little guys coming behind him!

Now if that doesn’t just melt your heart.  Happens that the homeowner, Leslie Hodges, saw the whole thing on their home security video later on that evening.  Hodges said just what I always say on these Wednesday posts …

“He renewed the faith that there are still some good people out there.”

Remember, folks … there are lots of good people out there doing good things … you don’t even have to look far.  In fact, I’m betting that if you go down the hall in your house right now and look in the mirror, you will see a ‘good people’.