His name is Martin Shkreli and he is a crook.  You may best remember him as the man who, in 2015 stirred public outrage when his company, Turing Pharmaceuticals, jacked the price of a drug used to treat a life-threatening infection by more than 5,000 percent. Turing raised the price on Daraprim, a 62-year-old drug whose patent expired decades ago, from $13.50 to $750 per pill. The drug is the only approved treatment for a rare parasitic infection called toxoplasmosis that mainly strikes pregnant women, cancer patients and AIDS patients. Shortly thereafter, Shkreli said the company would cut the drug’s price, but he failed to do so. That, however, is not why he is on trial this month in federal court.

Federal prosecutors alleged that for five years Shkreli lied to investors in two hedge funds and the biopharmaceutical company Retrophin, all of which he founded. After losing money on stock bets he made through one hedge fund, Shkreli allegedly started another and used his new investors’ money to pay off those who had lost money on the first fund. Then, as pressure was building, Shkreli started Retrophin, which was publicly traded, and used cash and stock from that company to settle with other disgruntled investors, prosecutors contend. Shkreli repeatedly lied to investors, shareholders and the board of Retrophin to cover up his losses. 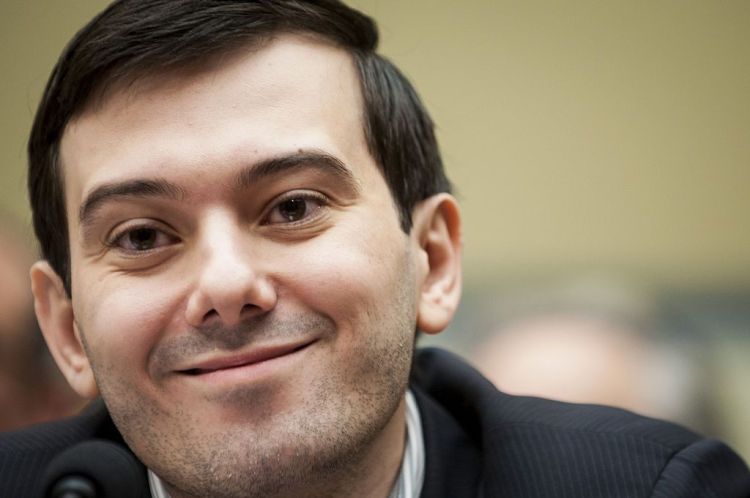 Martin Shkreli, former chief executive officer of Turing Pharmaceuticals LLC, smiles while listening to opening statements at a House Committee on Oversight and Government Reform hearing on prescription drug prices in Washington, D.C., U.S., on Thursday, Feb. 4, 2016. Shkreli, who is no longer with Turing and faces federal fraud charges unrelated to the drugmaker, declined to make any comments to the committee. “On the advice of counsel, I invoke my Fifth Amendment,” Shkreli said. Photographer: Pete Marovich/Bloomberg via Getty Images

According to G. Karthik Srinivasan, an assistant U.S. attorney in the Eastern District Court in Brooklyn, Shkreli told investors that he had a successful track record as a hedge-fund manager and sent them false performance reports and backdated documents to cover up his losses, telling potential investors that his hedge funds had millions more than they did. In the end, Shkreli defrauded investors and Retrophin shareholders out of more than $10 million.

There is also a civil suit against him by the company he founded, Retrophin.  In 2014, the company not only sent him packing, but they filed a federal lawsuit requesting $65 million in damages. So, what exactly had he done? According to the company, Shkreli paid investors with stock in his hedge fund, but failed to correctly disclose distribution plans and stock grants. In addition, the company leaked the fact he was being investigated for harassing a female employee, after he allegedly wrote a letter to her stating, “I hope to see you and your four children homeless and will do whatever I can to assure this.” Nice guy, huh? And after he was ousted, he tweeted that the directors who terminated him were “insane”. (Is this beginning to sound like anybody else we know of?)

In his early years, he joined an online dating service, and described himself as: “[A] native New Yorker seeks girlfriend. Intelligent, handsome, and all sorts of other good qualities. I am endlessly entertaining, providing comedic relief and artistic thought in one convenient package. What a catch!” 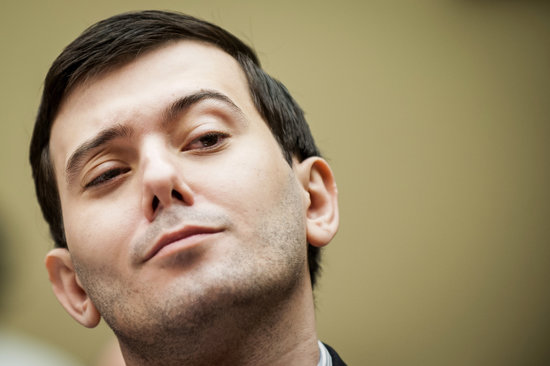 Martin Shkreli, former chief executive officer of Turing Pharmaceuticals LLC, reacts during a House Committee on Oversight and Government Reform hearing on prescription drug prices in Washington, D.C., U.S., on Thursday, Feb. 4, 2016. Shkreli, who is no longer with Turing and faces federal fraud charges unrelated to the drugmaker, declined to make any comments to the committee. “On the advice of counsel, I invoke my Fifth Amendment,” Shkreli said. Photographer: Pete Marovich/Bloomberg via Getty Images

In 2015, with the 2016 election campaigns in full swing, not a single one of the candidates wanted anything to do with Shkreli.  He donated $2,700 to Bernie Sanders’ campaign, which Bernie rejected … and in a classy way, sending the money to an HIV clinic.  Even Donald Trump kept his distance, calling him a ‘disgrace’ and a ‘spoiled brat’.  Classic case of the pot calling the kettle black?  On learning of Bernie’s rejection, Shkreli is said to have flown into a rage, unleashing a series of tweets, including, “SO ANGRY AT @BernieSanders I COULD PUNCH A WALL!!!!!!!!!!!!!!!!!!!!!!!1 — Martin Shkreli (@MartinShkreli) October 18, 2015 (Sound like anybody else we know of?)

Shkreli was arrested in December 2015. Shkreli was released after putting up a $5 million bond. The bond was secured by assets in Shkreli’s E*Trade account. 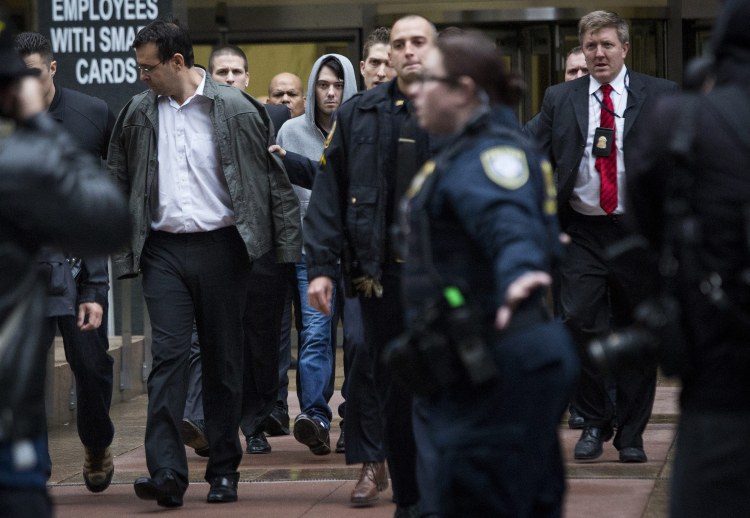 But, to get to the point of my post, the thing that dumped this story onto my radar last night, his attorney, Benjamin Brafman, says he should not be found guilty. This is the 2nd attorney Shkreli has had, as his first, Harland Dorrinson, increased his fees by 5,000% from $1,200 per hour to $60,000 per hour!!!  Poetic justice???  His current attorney, Brafman, claims a number of reasons that ol’ Shkreli should not be found guilty:

The above remarks were made during opening statements.  Jury selection had been difficult, with over 250 potential jurors interviewed.  One prospective juror said Wednesday: “The only thing I would be impartial about is which prison he goes to.” Another said he didn’t like Shkreli and didn’t understand “why someone would take a medication that people need and jack up the price.” The potential juror’s voice was shaking as he turned to Shkreli and raised his fist. “I would just go over there . . . is he just stupid or crazy?” the potential juror said. Needless to say, these people didn’t make the final cut. Brafman says he is confident that “savvy New Yorkers” would be able to use their “street smarts” to see that Shkreli is not guilty.

As for Shkreli, he says he thinks he will do well in prison and is only upset that he will have to be without 24/7 internet service.  And regarding the civil suit, “The $65 million Retrophin wants from me would not dent me. I feel great. I’m licking my chops over the suits I’m going to file against them.”  And one more time, I ask you … does this remind you of anybody else?  Hint:  initials DDT? 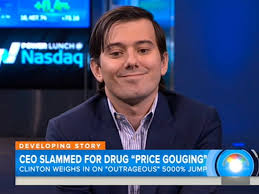