I found it interesting that just yesterday, my music post was The Banana Boat Song, arguably the song that Harry Belafonte is best known for, and then shortly thereafter I came across the following OpEd in the New York Times written by none other than the man himself.

Belafonte, now 93 years of age, is a Jamaican-American singer/songwriter/actor is also known for his activism. He was an early supporter of the Civil Rights Movement in the 1950s and 1960s and was a confidant of Martin Luther King Jr. Throughout his career, he has been an advocate for political and humanitarian causes, such as the Anti-Apartheid Movement and USA for Africa. 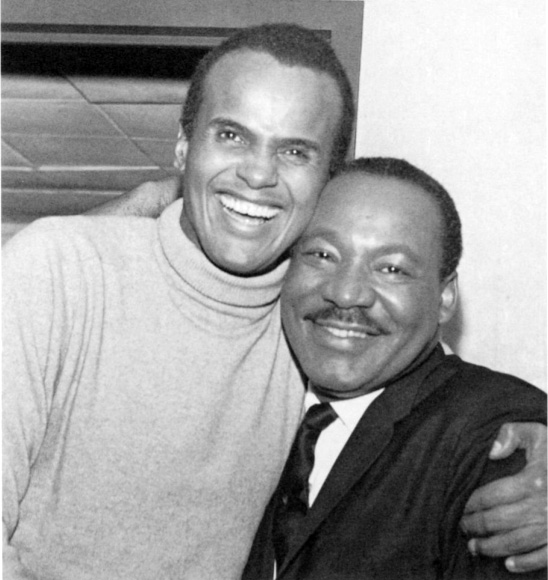 Belafonte has won three Grammy Awards (including a Grammy Lifetime Achievement Award), an Emmy Award, and a Tony Award. In 1989, he received the Kennedy Center Honors. He was awarded the National Medal of Arts in 1994. In 2014, he received the Jean Hersholt Humanitarian Award at the Academy’s 6th Annual Governors Awards.

I was moved by his OpEd and wanted to share it with you.

Harry Belafonte: Trump Is Standing in Our Way

If the president wins again, we have so much more to lose.

Four years ago, when Donald Trump first ran for president, he urged Black people to support him, asking us, “What have you got to lose?”

Four years later, we know exactly what we had to lose. Our lives, as we died in disproportionate numbers from the pandemic he has let flourish among us. Our wealth, as we have suffered disproportionately from the worst economic drop America has seen in 90 years. Our safety, as this president has stood behind those police who kill us in the streets and by the armies of white supremacy who march by night and scheme in the light of day.

We have learned other things from this president, too. We have learned the names that we say now, over and over again, at each protest, so that no one will forget them. The names Breonna Taylor and George Floyd and Atatiana Jefferson and Stephon Clark and so many more. Such killings did not start with Mr. Trump, of course. But he wants us to forget them.

If we do, he has offered us a “Platinum Plan” for “Black Economic Empowerment.” The name is appropriate because Mr. Trump is a man who thinks always in terms of financial transactions and deals. A “Platinum Plan,” as if he is offering to upgrade our credit card status. The plan, which at two pages is derisively brief, offers us a hodgepodge of things that he thinks we would like. He will prosecute the Ku Klux Klan — and antifa activists — as terrorists. He will make Juneteenth a national holiday and lynching a national hate crime. He will create “peaceful” urban, Black neighborhoods, replete with school choice, increased homeownership and the “highest standards” of policing. He will begin “a national clemency project” designed to “right wrongful prosecutions” and “pardon individuals who have reformed.”

In his ignorance or his indifference, or perhaps in his contempt, Mr. Trump does not seem to understand the difference between promises made and promises kept. Another Republican president, Ulysses S. Grant, first suppressed the Klan 150 years ago (and notable by its absence is any Trump promise to suppress the right-wing “militias” of Michigan, the Proud Boys or any of the others). The United States — finally, belatedly — made lynching a federal crime in the civil rights era, almost 60 years ago. Peaceful neighborhoods with affordable homes, good schools, a police force interested in protecting its citizens instead of treating them as an occupied people; safety from domestic terrorists and mob violence, economic opportunity, the celebration of our heritage, and impartial and merciful treatment under the law — these are the rights that most white people in America have long taken for granted, not some sort of concession to be offered as if we were indeed another nation.

Too often, the victories we have won have proved to be ephemeral or incomplete, and our full acceptance as Americans has once again been denied. We have learned to trust only those who will stand with us against the worst storms, who have proved themselves to be our friends not out of electoral expediency but through our shared belief in the best principles of this country and our common humanity.

The polls suggest, we are told, that Mr. Trump has made some small inroads in our vote, that a higher percentage of young Black men will vote for him in 2020 than did in 2016. I have difficulty crediting this. But if it is so, I would urge my brothers to listen better. Not just to the false promises Mr. Trump makes to us, but also at what he says when he is “alone in the room” with his white supporters, promising them at his rallies that if he is re-elected, people of color will not invade their “beautiful suburbs” from our “disgusting cities.”

Mr. Trump is too late. We are everywhere in America. We are in the bone and the blood and the root of the country. We are not going anywhere, certainly not to some fantasy of a new “separate but equal” segregation, we in “our” cities, white people in “their” suburbs.

Perhaps the president is confused by how the Rev. Dr. King Martin Luther King Jr., in his greatest speech, referred to the words of the Declaration of Independence and the Constitution as a “promissory note to which every American is to fall heir.” Perhaps that gave Mr. Trump the idea that this was all about money. Surely, money — the household stake, the money with which to buy a home, secure a good education, start a family — was a vital goal of the movement then, just as the need for Black people to be made whole, after all the years of slavery and Jim Crow, is still a pressing need today.

But I was there with Dr. King that day, over a half-century ago, in the shadow of Lincoln’s statue, and what he spoke of was “the riches of freedom and the security of justice.” He quoted the most fundamental promise of the Declaration, that all of us have “certain unalienable Rights” — among them “Life, Liberty and the pursuit of Happiness.”

It seems strange that we must still agitate for these basic rights, or that Mr. Trump thinks he is being magnanimous when he offers them to us again as last-minute campaign promises — so long as we stay in our place. In the past, we have turned the wheel in great bursts of energy and faith, and in between, when we stood exhausted and bloodied, there was some sliding back. That is always how it is in a democracy and a people’s movement, but now is the time to move forward again.

Four years ago, faced with the prospect of a Trump presidency, I wrote that what old men know is how quickly things can change. Well, I am still old but I am also still here, at 93, and for all the bitter lessons we have learned from Mr. Trump’s term in office, I can tell you that the wheel is turning again. That we have never had so many white allies, willing to stand together for freedom, for honor, for a justice that will free us all in the end, even those who are now most fearful and seething with denial.

We have learned exactly how much we had to lose — a lesson that has been inflicted upon Black people again and again in our history — and we will not be bought off by the empty promises of the flimflam man.