Hey friends!  Here it is the weekend again … the last one in October!  Sigh.  You know what this means, right?  Sigh.  Anyway, in the words of the late Scarlett O’Hara … “I’ll think about that tomorrow. Tomorrow is another day.”

I have long said that we could learn a lot from other species, those we refer to as ‘animals’, when I often think it is we who are the animals.  Animals don’t kill because they don’t like the colour of another’s fur.  Their hierarchy isn’t based on religion, ethnicity, fur colour or gender … it is merely survival of the fittest.  They may not have these opposable thumbs, but what they do have is acceptance … acceptance of ‘other’, of those who are different in some way or another.  Which brings me to today’s Surprise!

Sphen and Magic are Gentoo Penguins 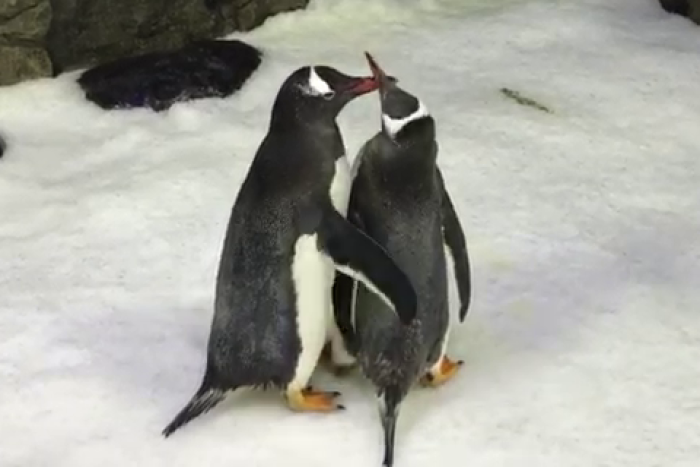 Gentoo penguins are characterized by bright orange-red bills and unusual white patches above the eyes that make them stand out in a crowd. Gentoo penguins are most closely related to Adélie and chinstrap penguins, all of which live on the Antarctic Peninsula.

Gentoo penguins typically live in ice-free areas like flat, rocky beaches and low-lying cliffs where large colonies of individuals can gather. Like other penguin species, gentoo penguins rely on the ocean for food and are never far from the water.

When it comes to breeding and nesting, gentoo penguins have been dubbed one of the more romantic seabirds in the animal kingdom. Gentoo penguin pairs start by building intricate nests of rocks and pebbles together, and individual pebbles may be shared between potential mates beforehand as a sign that they are interested in becoming a breeding pair. The nests are then used for laying the egg in during incubation, which lasts for close to 40 days. Males and females work together closely during the process, taking turns incubating the egg and forming long-lasting bonds with each other that continue after the chick has hatched.

Sphen and Magic, who are both male penguins, live at Sea Life Sydney, a large aquarium in Sydney, New South Wales, Australia, and they have just become the proud parents of a 91-gram chick!  According to the Sea Life website:

Sphen and Magic began developing a strong bond and became inseparable before breeding season, and are constantly seen waddling around and going for swims together in the Penguin Expedition.

As breeding season fast approached, the couple started collecting ‘pebbles’ to create a nest in their spot, and now have more pebbles than any other couple! Gentoo parents keep their eggs warm on pebble nesting rings scattered throughout the Macquarie Island exhibit. Swapping duties daily, while one of the parents are doing their best to incubate the egg, the other is patrolling the perimeters of the nest, warding off any potential pebble thieves or over-inquisitive neighbours.

To ensure the couple were not excluded from the season, Magic and Sphen were given a dummy egg to allow them to practice incubating and develop their skills. They were absolute naturals and displayed great care for their egg, so much so, the team at Sea Life Sydney fostered a real egg to them from another couple who had two.

Whilst Sphen is older and is excellent at incubating, Magic is younger and still mastering his skill. The pair make a great team, and there are often days where the egg cannot be seen (which is really good for penguin breeding!). 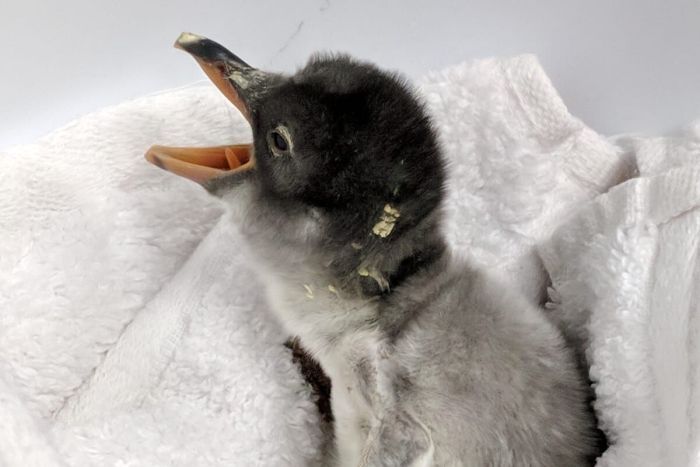 Isn’t he just adorable?  It is too early to tell the sex of the chick just yet, but a blood test to determine gender will be done when the chick is a bit older.  Personally, I think it’s probably a girl.  And as for Sphen and Magic, according to Tish Hannan, the supervisor of the aquarium’s Penguin Department …

“The first day, the younger of the two males was an absolute star, he fed the chick a lot. The older male looked a bit disinterested at first, but as soon as he got on the chick he did an amazing job as well, so we are really, really proud of them both. Both males and females have a strong urge to be parents and they share that parental responsibility 100 per cent between the two — it doesn’t matter if they have a male-male or female-female pair.” 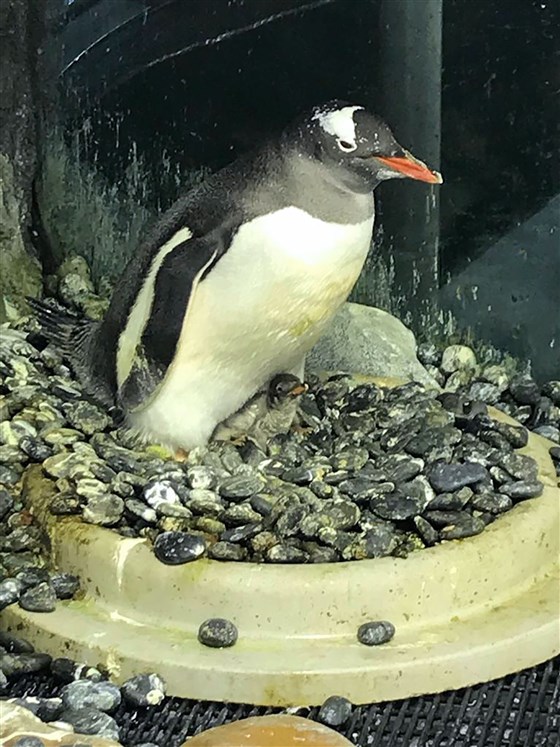 Awww … now tell me that doesn’t just warm your heart?  I was chuffed for a minute when I found that tickets to spend an entire day at the aquarium and 75 minutes on the ice with the penguins were only $119!  But then … I remembered … somehow I would have to get to Australia, and I think that is probably a bit out of my price range.  Perhaps my friend Andrea will go and take pictures to send me?

There have been several other famous same-sex penguin couples. Silo and Roy, two male chinstrap penguins, had a happy relationship for six years at the Central Park Zoo in New York. Harry and Pepper, two male Magellanic penguins, also lived together as a couple for six years at the San Francisco Zoo.  And none of the other penguins threw stones or tried to kill them.  Yep, humans should spend more time observing nature.

Have a wonderful weekend, folks!  Put last week’s detritus out of your minds for a day or two if you can and just enjoy living.